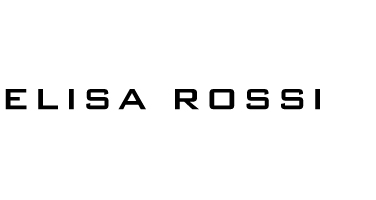 “What does the veil symbolize? It symbolises a focus on the self, on concealing one’s wild nature… from behind the veil form of mystical introspection is heightened. Seen behind a veil, all humansappear as mist, all events and objects wear the colours they wear at dawn, or in dreams… the veil is what a Goddess wears when she leaves for a sacred pilgrimage, when she does not want to be recognised or distracted from her quest… under the veil she belongs only to herself, restrained and powerful, and, in just the right measure, distant, therefore untouchable.” This is how Clarissa Pinkola Estes in her famous book “Women who run with the Wolves” defines the veil, and it is from these evocative words that I took inspiration when working on these paintings.

“To our decadent eyes this diptych may recall the statues of the Capella di San Severo, praised by De Sade, or the cemetery of Staglieno, made famous by Joy Division…yet here the veil guards life, not death.”

Camillo Langone, from the www.eccellentipittori.it blog.

“The melancholy nature and stark empty interrogative make the subject a sort of intimate, contemporary version of Apoxyómenos -the athlete who scrapes away his sweat–who the artistdepicts as a woman, anti-rhetoric and postmodern. But this is not narration. It is not so much the small gestures or actions carried out by these women that are central, it is more their abandonment to a thoughtful introspection in an indefinite temporal dimension which the vieweris allowed to see with a fleeting, stolen glance. The observer thus becomes an innocent voyeur, in which perhaps some form of erotic pleasure may be sensed, but which is quickly drowned out by the disquiet and evil of living (although in the room frescoed by Fasolo where these works are displayed,the powerful sixteenth-century Prigionisculptures look on almost like lascivious biblical Elders).”

Daniele Capra, from the catalogue of the Mon Cheri exhibition, Villa Caldogno, Vicenza, 2009

“Is this therefore a simulation of reciprocity? Perhaps this is the question that emerges from the scene which finally you reveal to me, entrusting me with a role within it, granting to me once again the role of spectator. Such that “I” realise the perception of closeness that is “laid bare” among the frescoes of the Veronese school, of the illusion of a dialogue that seems to evolve before my eyes between the figures that cover the interior of this Palladian building and your young, silent women, who come from another time. Monads, without doors or windows, which cannot, in a spatial sense, turn towards any external place, or even to another time. Ultimately it seems to me that these figures of yours whisper – without moving their lips or giving in to the temptation of any gesture – their highly respectful, but unequivocal, denial.”

Riccardo Caldura, from the catalogue of the exhibition Mon Cheri, Villa Caldogno, Vicenza, 2009

Elisa Rossi’s canvases charmingly depict intimate scenes derived from everyday life. The figure of the artist’s sister and favoured sitter, Giulia, is regularly shown within her home, which the indiscreet eyes of the media are unable to penetrate. The routine gestures and habits that characterise daily life are painted in a shameless, loving manner in Rossi’s works. The artist transports the immediacy and spontaneity of an apparently irrelevant action onto canvas and transforms it into an intimate, profound portrait. By maintaining a uniform tone throughout her works, a spiritual atmosphere pervades the scenes depicted, which the viewer is privileged to witness. Furthermore, Rossi’s baroque style illumination of figures enriches the sensual qualities of the image and gives her works a timeless feel. Elisa Rossi’s canvases are celebrations of memory and they seem to exude a certain nostalgia for the transitory actions of daily life. In Elisa Rossi’s canvases there is a strong dynamic between public and private spheres as private moments are openly revealed to observers in public spaces. Rather than objects of facile voyeurism, her paintings invite the viewer to linger and consider the beauty in our everyday activities.

The Limine series is an exploration of the concept of threshold, interpreted as a border, as a passage from one state to another. My idea was to examine a set of evocative elements each representing a separation or communion between two distinct areas. This not only as identification of a physical space, but above all as a passage between two levels, between the visible and what is just beyond the immediately observable, between the material and the spiritual. This is whyfor this series the subjects I chose were carpets, gates, lace, veils and stairs. Gates or doors are clearly an opening to another place. Carpets, in addition to their ornamental function, delimit a space that symbolically becomes a place of prayer. Lace, through its repetitive and ritual construction, becomes a means for recollection and meditation.

In the series Corredo and Mon Cheri the figure is physically absent from the canvas yet is perhaps more powerfully present through the tracesit leaves. In these works the intense manual nature of the execution is deliberately emphasised. I tried not only to show the repetitive and artisanal nature of the kind of manual work often entrusted to women, but also and above all its temporariness. The time spent working is a time for reflection, for dialogue with oneself, for intimacy. These works are a form of writing, an attempt to draw time. The same dilated time that I represent in my paintings where itis translated into meticulous manual precision through a repetitive gesture that as time goes on creates abstract compositions.

“Elisa Rossi takes the Latin meaning of the word Persona as a mask. In herblack and white paintings, garments become the outward and social, and oftentimes untruthful image that we present to others, symbols of ideas and ancient values. In her atavistic quest for a femininity that never shows her face, caught in intimate and reserved settings, the artist clearly emphasises the deeply artisanal nature of the execution. She accentuates the meditation of composing like a modern-day Penelope weaving her shroud, rejoicing in its repetitiveness, almost like a prayer to the slow, meticulous craft, a cathartic path and a purification of the self.”